The first known reference to Bognor was as Bucgan ora in AD680, ora was a landing place (beach) settled by Bucga a female Saxon Chieftain. Bognor was thought to be a wide inlet with Selsey and possibly Felpham, islands surrounded by seawater.

The Domesday Book references Chichester, Felpham held by the Abbey of Shaftsbury, Pagham and Selsey. Bersted is referenced as being part of St Wilfred Ecclesiastical Estate on the Selsey peninsula; endowed by a king of the South Saxons and worked by a force of  250 slaves located in the hamlets of Bersted, North Bersted, the Mundhams and Shrimpney in the Seventh Century.

In 1610, the Bognor Rocks are clearly identified in a Map by John Speed of the Sussex coastline.

We don’t know why Sir Richard Hotham in 1778 identified Bognor as it was called then to be the place where he would establish his Bathing place for the landed gentry but we can agree with his description ‘Glorious Bognor’ or as we would say today ‘ Glorious Bognor Regis’ after the granting of the Regis title by King George V many years later. Sir Richard Hotham and King George V had one thing in common they recognised and benefited from the sunshine, sea air and wonderful coastline of Bognor Regis.

Sir Richard Hotham first visited Bognor in 1784 and having restored his health after two summers in the rural fishing hamlet decided to build his bathing resort for nobility, which he named Hothamton. 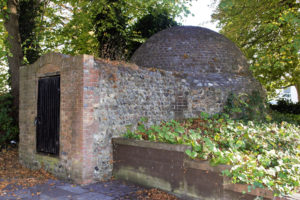 Today the seaside town of Bognor Regis has many buildings, which were built by Sir Richard Hotham and the wonderful gardens of Hotham Park, which were developed in the 1900’s by William Fletcher.

The advent of the railway connection in 1864 and the building of the pier a year later increased the attractiveness of the town as a seaside resort for the wider public not just the social elite.

In 1931 Billy Butlin opened his Butlin’s Recreation Centre on the seafront and in 1960 the Bulin’s Holiday Resort as we know it today was first opened.

Discover the town’s history timeline, learn about the people who influenced the development of Bognor Regis by exploring the heritage trails and reading more about the characters and events that have shaped the town.

Sir Richard Hotham is widely recognised as the founder of Bognor Regis as a seaside resort. Richard Hotham was born in the city of York on 5th October 1722.

Little is known of his childhood days in Yorkshire but he eventually moved to London where it is thought he learnt his trade as an apprentice hatter.

It is from this beginning he is often referred to as “Hotham the Hatter” and celebrated as such by The Hatters public House in Queensway Bognor.

William Fletcher is an important figure in the history of Bognor Regis. His influence came from being a major benefactor to the town during his life but he also left the town with the wonderful gardens that we know as Hotham Park, where he lived for over 40 years in what we call today Hotham Park House.

Mary Wheatland is one of Bognor Regis’s more famous characters known not only for her management of her bathing machines on the beach but also her life saving exploits.

Billy Butlin was born on the 29th September 1899 in Cape Town, South Africa. Named William Heygate Edmund Colbourne Butlin. It was from his mother’s side of the family that Billy’s successful career in entertainment was grounded.

Bognor Regis pier is a Grade 2 listed building and a stand out feature of the town’s seafront. Built in 1865 by Sir James Fox and J.W. Wilson, the pier was developed and expanded over the years and has one of the best preserved examples of Edwardian Pier Theatre architecture (built 1910/11) remaining in the UK.