Located on the Sussex coast, Bognor Regis is a great seaside resort with it’s safe Seaside Award winning beach and the highest hours of sunshine on the south coast.

Located on the Sussex coast, Bognor Regis is a great seaside resort with it’s safe Seaside Award winning beach and the highest hours of sunshine on the south coast.  Protected by Selsey Bill and the Isle of Wight the town has its own micro climate making it a wonderful place to relax and enjoy the sunshine and sea air.

Within easy reach of London, Brighton, Portsmouth by road or train Bognor Regis is the perfect seaside resort from which to relax and enjoy the sunshine or explore the historic towns of Chichester and Arundel close by.

There is plenty to keep you busy and you won’t have to look far to find things to do in Bognor Regis and the surrounding areas. From the beautiful coastline, to the shops, restaurants and seaside attractions and for nature lovers there is the South Downs, the Wetlands in Arundel and the Witterings a short drive away, in addition to the wonderful Hotham Park in Bognor Regis.

There is plenty to keep you and the whole family entertained and with our new Bognor Regis trails you can explore the rich history of the town and discover the rare and unusual trees planted in Hotham Park by William Fletcher over 100 years ago.

The objective of the Partnership is to promote and maintain the heritage assets of Bognor Regis. The heritage of Bognor Regis in all its different forms provides the town with links to it’s past. Heritage can help drive strategic goals around tourism, community engagement, economic development, localism, partnership working and most importantly community pride and developing a strong sense of place. 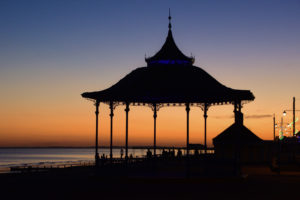 The partnership has been involved in a number of projects including the restoration of the Portrait of Sir Richard Hotham, the founder of modern Bognor Regis, cleaning and restoration of a water fountain that had fallen into decline.

Currently, the partnership has two major projects, firstly the expansion of the number of Blue Plaques in the town and secondly The Bognor Regis Heritage Trail Project funded by the Heritage Lottery Fund with matched funding from the Bognor Regis Town Council and the Bognor Pier Trust who have managed the delivery of the project. 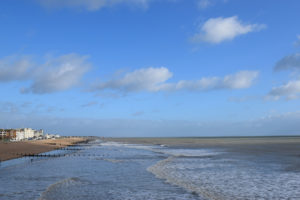 Was founded in 2013. Bognor Pier Trust C.I.C. aim is to support community and heritage projects in Bognor Regis, in particular, the pier with the long term objective of bringing the pier into community ownership.

Hotham Park Heritage Trust was formed in 1998 to safeguard and improve Hotham Park in Bognor Regis. The Park is Bognor’s largest and most central green space, and was established in the 18th century by Sir Richard Hotham. 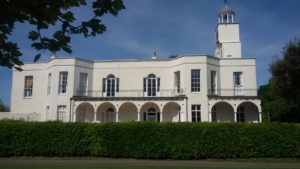 The house he built is Grade II* listed and is privately owned. The clock tower attached to the house contains the oldest clock (1794) in this part of Sussex. Significantly, William Fletcher was the owner who developed the land into the beautiful parkland we all enjoy today.

The Trust is a non-political, non-sectarian and non-profit making voluntary organisation designed to protect the heritage of Sir Richard Hotham, founder of the town, and of the Park’s status as a conservation area as created by William Fletcher.

The Trust’s members are all volunteers and their mission is to ensure that the Park reaches its potential as an invaluable community asset that makes a substantial contribution to conservation, ecology, health, education, regeneration, cultural and community cohesion. 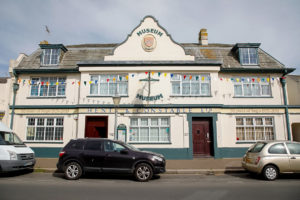 The Museum is run by the Bognor Regis Local History Society. The Society was founded in January 1979 to bring together those interested in the history of Bognor Regis and district and to encourage the research and recording of its past and present.

In 1984 the Society established a Museum in the town, firstly at Park Lodge, Hotham Park, then in 1997 at 69, High Street and now at the former Berkeley Arms in West Street.

The Bognor Regis heritage partnership would like to thank the volunteer members who helped in the development of the trails and website and the Bognor Regis in Pictures Photographic Group who provided images for the project.